Fundraising with Social Media – The Story of @silentclark

A few months ago we got to listen to Marc Pitman talk to us about fundraising with social media. You can see his presentation slides here. Marc certainly has flair and a passion for fundraising. We talked about large successful fundraising campaigns like Twestival. What about small campaigns? What about the effort a single person can do? 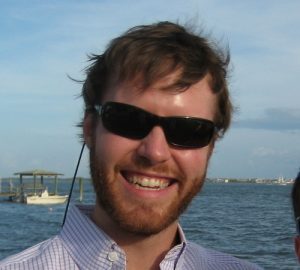 This past year I had the pleasure of meeting Clark Harris. Way up here in Maine we may not be as familiar with the adventures of Silent Clark but down in the Asheville, North Carolina area, he is kind of a big deal.

After the loss of his mother to cancer, Clark Harris had an idea. His idea was a large personal sacrifice to raise money and awareness for the Leukemia and Lymphoma Society. His efforts would be to do his part to ‘silence cancer’. You can read all you need to know about his goal and progress on his website SocialMediaExperiment.com

The effort was simple in explanation but one of the most difficult sacrifices a young, talkative man could make – Clark was going to stop talking. All of his communicating would be ONLY through social media. All of his talking and texting, including at home with his newly wed wife, would stop. No talking. He attended the wedding of a friend, ordered coffee, networked at events without speaking to anyone.

Clark has said one of the hardest parts about this experiment was that his whole life was on display. Every conversation was live and in real time for the whole world to see.

His efforts were picked up by popular social media personalities and his story was covered on Mashable, local news stations, CBS Online news and many more. His intentions were to connect with people that were strangers to him and to be unified on a single front – wanting to beat cancer.

Clark didn’t talk for 100 days and in that time he raised $18,000. People could donate online and show their support by following him on twitter or becoming a fan of the Facebook Fan Page.

Should we all stop talking for a month?

No, I am not saying we should all stop talking. What I am saying is that we often hear grand case studies and examples of people making a difference with social media. There is also a lot you can do with just one person or a small business. It will take an idea and some execution but it can be done. Clark had a cause that was very important to him, he had tools at his disposal and he had an idea. He had to do some serious planning and his sacrifice was huge but he was able to make a difference without a huge marketing team or event budget.

I also have a tad of an inside scoop that this won’t be the last we ‘hear’ from Silent Clark. Keep an eye on him this year too for how he is going to take his cause and try to make an even bigger impact.

What are you going to do to make a difference or to raise funds using social media this year?

Yesterday on the #smbme webinar I touched on some tips for looking good on webinars and video conferences that go beyond "dress to impress!" I compiled those tips over at @KnackFactory. https://t.co/Oijoeh4owX

For anyone tuned into the #smbme this morning, this was the @nodepression piece by @forked_queer I was talking about. https://t.co/hOPdzydGqO

It was such a pleasure being with the #SMBME crowd six weeks ago, back when we were still allowed to touch our faces 🙈